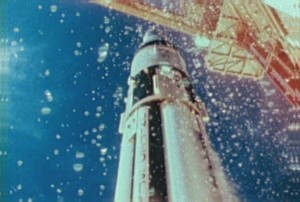 POV have been contracted to shoot and film two YouTube virals for corporate training firm THM. The first one, entitled ‘It isn’t Rocket Science’ was filmed last week and contains footage of the firm in action at one of their hands-on management training sessions along with actual NASA Apollo footage as well as the launching of a model rocket made out of a lemonade bottle. Post production on the project is sheduled for next month and the videos will appear on YouTube later this year.