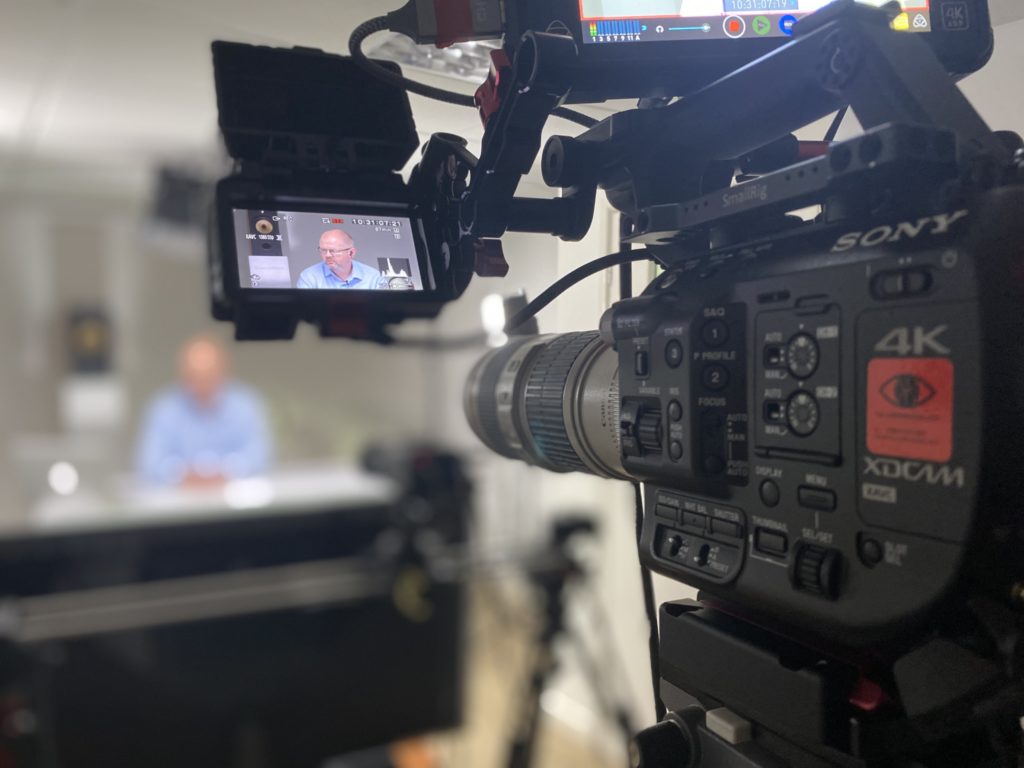 It’s been a busy few weeks for us. We’ve just completed another exciting job illustrating how our industry is adapting and pivoting to accommodate this new environment. With our production partners 9Lazy9 we have been facilitating a virtual press conference for legendary speaker manufacturer Bowers and Wilkins. It was an interesting challenge.

The first requirement from the client was they wanted a live presenter to introduce VTs of the company’s upcoming products and then answer questions.

This is something we’ve done many times before via Youtube and Facebook live and is relatively straight forward as long as you have a decent Internet connection. 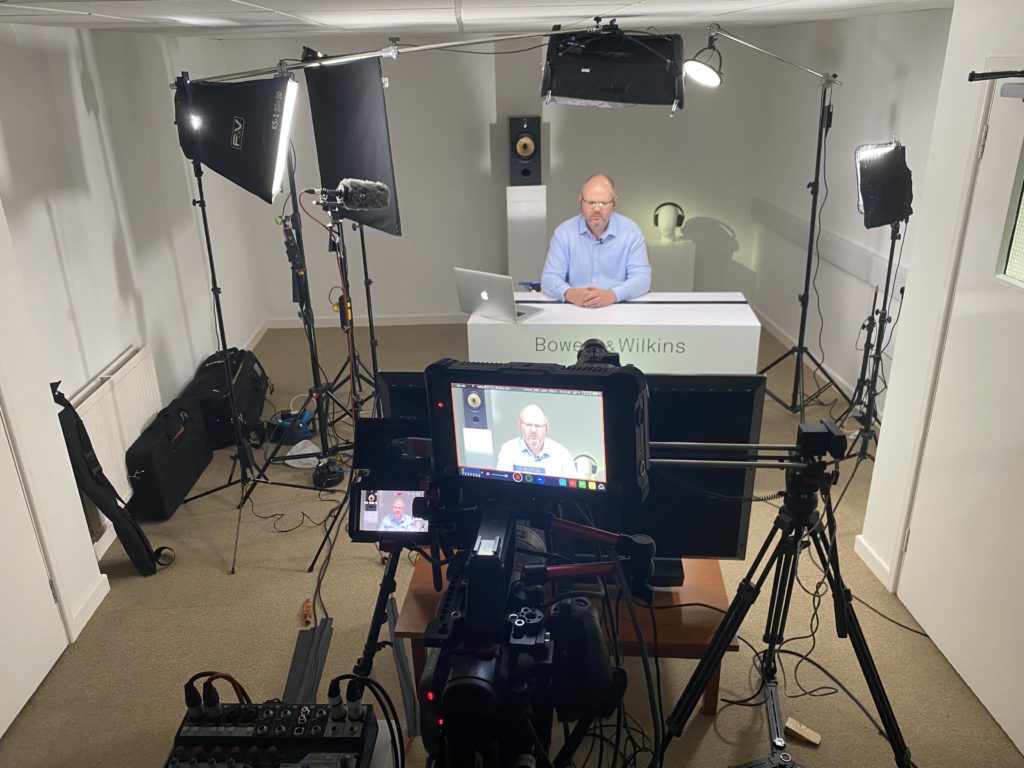 However the next requirement was a bit more tricky, we were streaming multiple virtual press conferences to different regions. For each region we needed to have a representative from that region as well as the UK MD introducing each conference. No problem – just get them to prerecord and we’ll play them out via VT! Except, the client wanted this live. And they also wanted a local representative to translate everything the main presenter said after he said it -live! 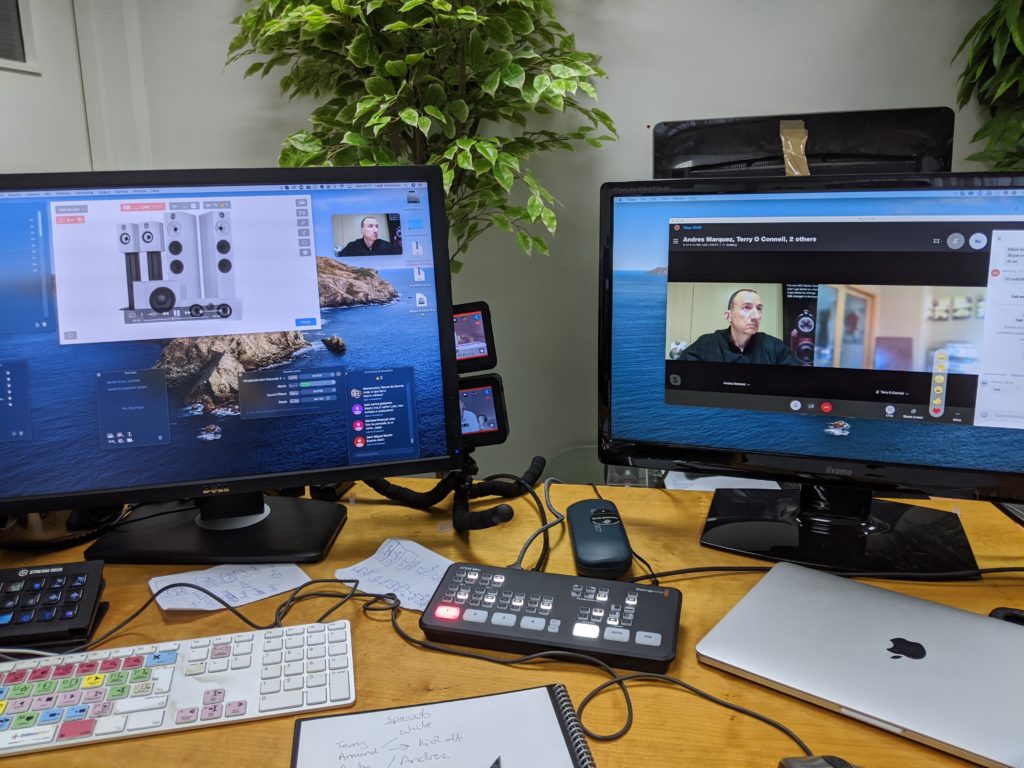 Now we like a challenge and set about making this happen. The contributors who weren’t in the building dialled in via Skype and using NDI functionality we brought them into the stream seamlessly and our presenter was able to interact with them as though they were in the same room.

We made sure the studio looked the part with the help of DOP Adam Levi-Rogers and the streams went out over Youtube live. 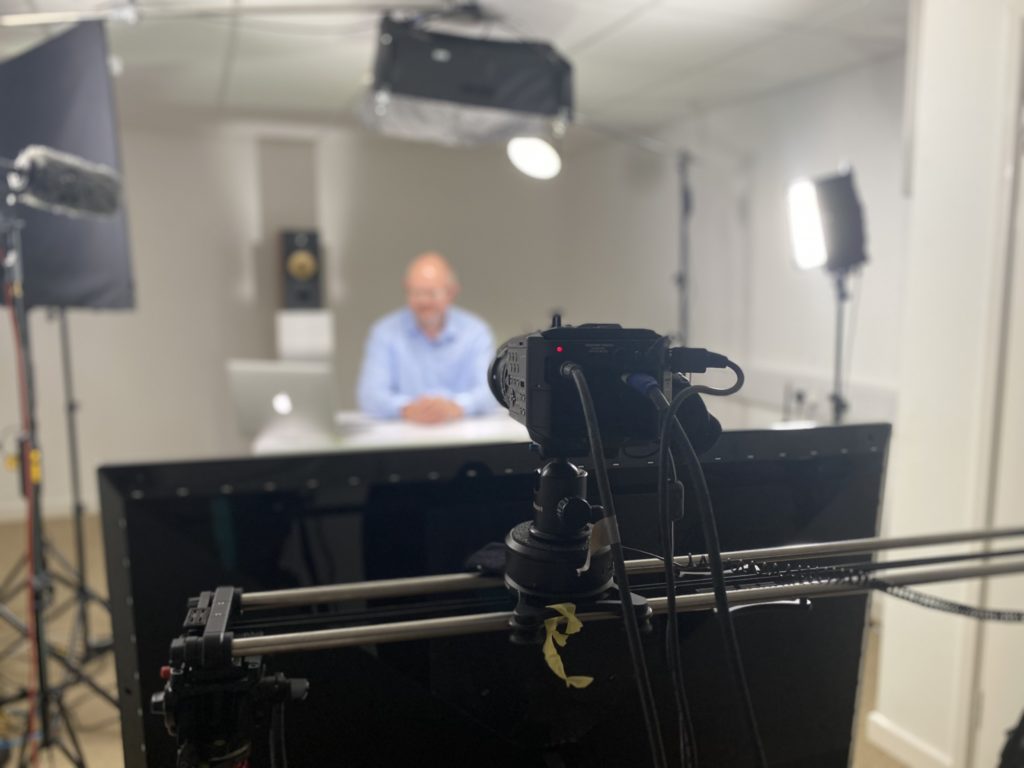 Ultimately over a week and a bit we streamed eight different conferences to seven different regions, some containing as many as four participants from overseas.

The regions were able to engage with real questions over the Youtube chat and the client got a lot of positive comments about the slickness and quality of the production. They also had a lot of great feedback on the products they are about the launch, something we can’t talk about yet because some of them are covered by a press embargo!