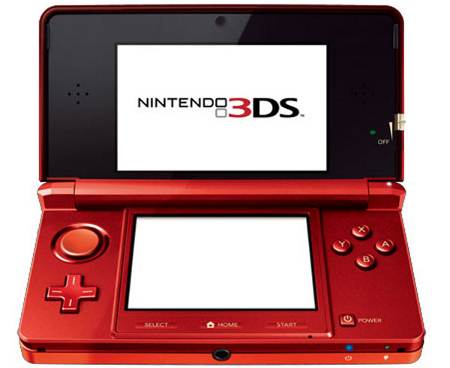 Since it’s official launch on the 28th March 2011, the internet seems to be awash with comments about Nintendo’s new pocket gamer – how many units they may or may not have sold, how some gamers are suffering from nausea when using it and is this the future of 3d gaming? What not many people seem to be saying is that this is potentially a very exciting development for affordable 3d video production. Along with LG’s Optimus 3D mobile phone, this puts lenticular screen technology in to the hands of the masses at a very reasonable price. Lenticular technology is exciting because it does away with the need to wear glasses to get the 3d effect. The down side is you have to be in exactly the right place for the 3d to work. With a small screen however, this is not too much of a issue.

Since 2009 we’ve been making 3d stereoscopic content for clients like Intel and Future publishing at a fraction of the price of the established players. Frankly we’d like to be doing much more but one of the biggest problems is just demonstrating what 3d video actually is and the impact it can have. You can’t sent someone an internet link, you can’t send them a disk and it isn’t practical to cart a 50 inch 3D plasma to a client’s office. Enter the 3Ds, a portable unit capable of playing back 3D video… and the client doesn’t need glasses to view the content!

Add to this the potential benefits of being able to have something like this on set to check your 3d effect when shooting and you can the impact this might have. The lenticuar screen in the 3ds is made by sharp and I can see potential for it to be used in many other devices, such as real time 3d monitoring equipment, fold out screens on 3d cameras and dedicated 3d playback machines.

At the moment, it appears there isn’t a way to get your own video content on to the system. This is clearly technically possible and hopefully it will be available in the next firmware version otherwise I can see there being an unofficial firmware upgrade made available to facilitate this before too long.

Of course what we do know is that Nintendo will be selling 3D films to watch on the device and we reckon they will soon be the ability to view Youtube’s 3d channel as the LG Optimus already does.

These devices along with the recent introduction of affordable stereoscopic cameras from the likes of Panasonic and JVC is making this technology more and more accessible and with domestic 3D screens costing less than £1000, we think this time round 3D’s here to stay.

I wonder who will be the first corporate to make their video in 3d and then deliver it to their target audience already installed on a 3ds? We’d love to make it happen for you!

We’ve only had our unit a few days. We hope to do more experiments in the next few days and will report back.