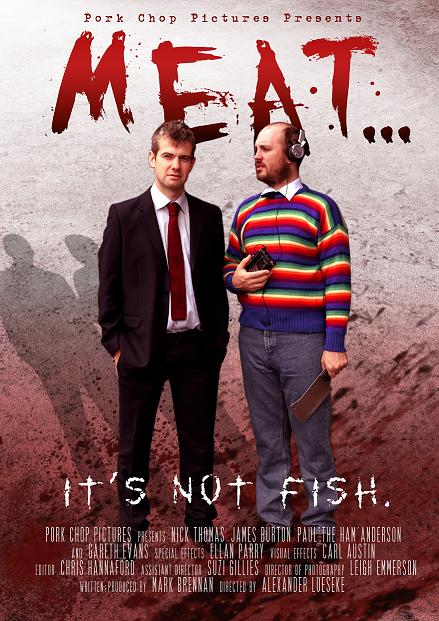 POV owner, Leigh Emmerson, provided his expertise at the weekend to help Pork Chop Pictures film their short horror film ‘MEAT”. The film is being entered into the ‘2 days later’ short film competition. The rules of this competition stipulate the film must be shot within 48 hours. MEAT and the other entries will be screened on Halloween at the Theatre Royal Margate and will be judged by a panel of industry experts. Fingers crossed they’re not vegetarian!