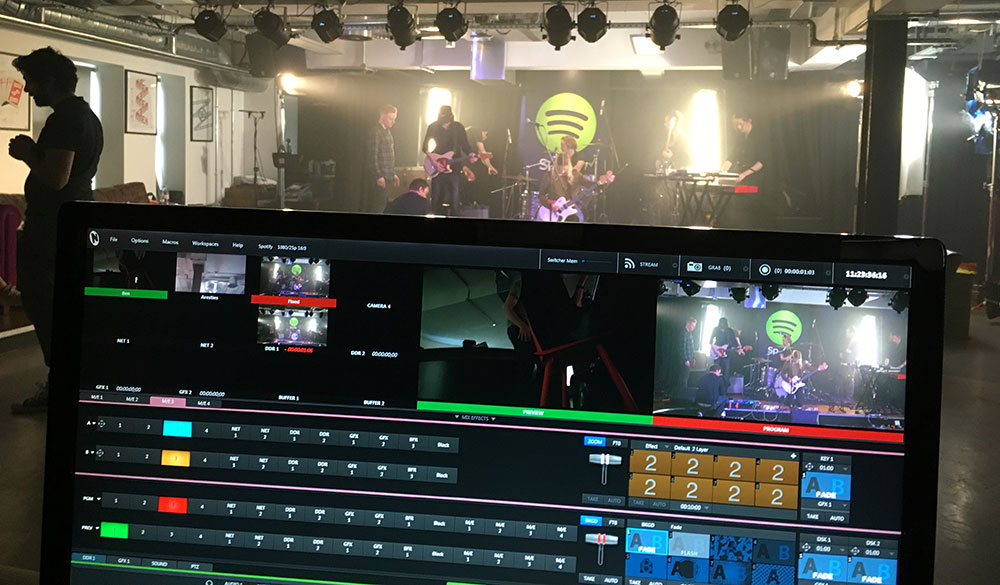 We recently visited Spotify’s UK offices in London for a quick gig. The company’s UK staff were in Stockholm for a conference and the creative agency we were working with decided their offices should be taken over for a secret gig that we then streamed to the conference. We used a Newtek Trickster to produce a live edit of the band Puma Rosa. The cameras were a mixture of the Sony F7 and the new Cannon C300 Mark 2 which the team were very impressed with.

Once the broadcast was over we took advantage of the fact the staff weren’t there and relaxed with a game of table tennis!