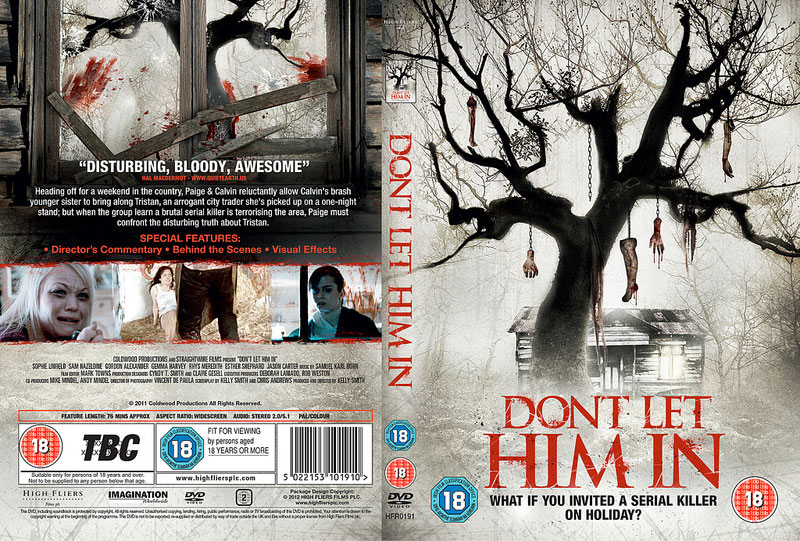 Low budget British horror pic ‘Don’t Let him in’ is now on sale in major retailers in the UK in time for Halloween. The film which POV provided second unit photography for asks the question what if you invited a serial killer on holiday? Enduring the bloody results are a quality cast including Sam Hazeldine (THE RAVEN), Sophie Linfield (FOOTBALL FACTORY) and Gordon Alexander (SUCKER PUNCH).

Harking back to the slashers and nasties of the ’70s and ’80s, DON’T LET HIM IN has already won rave reviews on its release in the US: