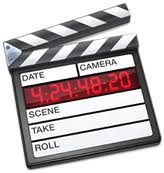 With the announcement yesterday that Apple’s latest incarnation of their ubiquitous post production suite Final Cut Pro X will cost a mere $299, there has been much talk about what this means for Apple, Post production, the universe and everything.

What’s the big deal you may well ask. Well the big deal is that Apple’s previous version cost $1000 which in the world of post production was considered a bargain. This had already caused Apple’s major competitor in this market space, Avid, a big headache as they were happily charging many times this for editing solutions before upstart Apple muscled their way in. This latest price drop is going to leave them with severe concussion. So what does it mean and is it good for us the user?

Well firstly there are those that say Apple’s aim is to crush the competition and that they are unfairly using their size and deep pockets to undercut other products so that Final Cut Pro is the only player.

I don’t think this is the aim at all. My guess is this is about the Mac. Steve Jobs once famously said when asked why FCP didn’t have a dongle to protect it, ‘It does, have a dongle it’s called a Mac’ and this is the point. Apple are unique in that they make both the hardware and the software which means they don’t need to charge a fortune for software when they know people will buy their hardware to run it. And of course people will, one of the major improvements in this release is the support for 64 bit architecture and full utilisation of multiple processors, so we will be going out and getting the latest and greatest Macs to run it on.

So what does this mean for Avid? Well they need to decide if they even want to compete in this space at this price point or whether they want to be the more expensive option. My guess is they will plump for the latter. That does mean they need to differentiate themselves somehow and that might be a challenge. One thing I do know is that more and more of their software will running on OS X. There are going to be a significant number of users, myself included, that will want to run both on the same system and seeing as FCP only runs on a Mac, that will be the system people choose.

Is this bad news for the competition? Well its definitely made things a bit more tricky! Right now from my perspective it is a two-horse race between Avid and FCP but players like Lightworks have recently waded back in again and to make sure they get a look in, they are offering their basic software for nothing. That surely that can’t be a bad thing. Ultimately the market is changing and companies will be selling more units and charging less per unit and Edit Share the guys behind Lightworks can see that and are counting on selling enough extra plug-ins to make it worth their while.

So what does it mean for us content providers. Well I think it’s good news because it democratises the tools you need to make TV. No longer do you need to have access to hundreds of thousands of pounds worth of equipment to show what you can do. Talent will shine and the next generation of film makers will be successful because of their ability, not what equipment they have access to.

So bottom line – I think this is a move to sell more Macs. Will it affect the market? Yes but it may well prove the market for Pro Editing Software is much bigger than the likes of Avid had realised and convince them that if they dropped their prices, they would sell many more copies. It would be wonderful to see much more of this software at an affordable price.